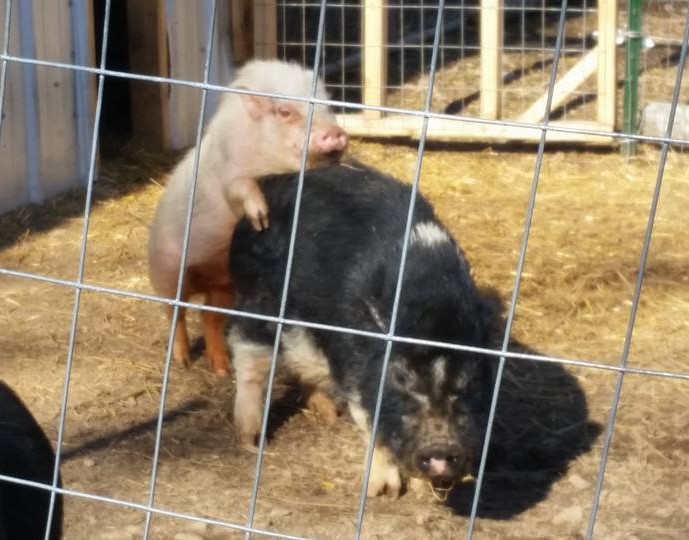 Linebreeding vs Inbreeding: Is it safe?

Inbreeding is defined as the mating of closely related animals, such as cousins, sire-daughter, brother-sister, which tends to increase the number of animals that are homozygous for a trait and therefore increases the appearance of recessive traits; while linebreeding is defined as a form of inbreeding directed toward keeping the offspring closely related to a superior ancestor.

So what’s the difference?

David Cavill from davidcavill.wordpress.com states, that since all pure breeds of animal (including humans) trace back to a relatively limited number of foundation ancestors, all pure breeding is, by definition inbreeding, though the term is not generally used to refer to matings where a common ancestor does not occur within a five-generation pedigree.

Breeders of purebred livestock have introduced the term ‘line breeding’, to cover the milder forms of inbreeding. The difference between line breeding and inbreeding tends to be defined differently for each species for there is no ‘formal’ definition. Inbreeding at its closest applies to what would be considered incest in human beings – parent to offspring or a mating between full siblings. However, uncle-niece, aunt-nephew, half sibling matings, and first cousin matings are called inbreeding by some people and line breeding by others.

Genetically what does inbreeding or linebreeding do?

David states linebreeding increases the probability that the two copies of any given gene will be identical and derived from the same ancestor. The higher the inbreeding coefficient the more likely this is to happen. The technical term is ‘homozygous’ for that gene. The ‘heterozygous’ animal has some differences in the two copies of the gene, since every animal has two copies of any given gene, one derived from the father and one from the mother. If the father and mother are related, there is a chance that the two genes in the offspring are both identical copies contributed by the common ancestor.

What is the inbreeding coefficient?

Is linebreeding or inbreeding safe?

In his blog, David also states that in his opinion, this is neither good nor bad in itself. However, the gene for let’s say, Dwarfism, which can cause deformed skulls or weak limbs. Carriers can have normal builds, but statistically, if one carrier is mated to another carrier it is likely that one or more offspring could be born with Dwarfism. Inbreeding will increase both the number of affected pigs and the number of genetically normal pigs so inbreeding can bring these undesirable recessive genes to the surface, where they could be removed from the breeding pool (out-crossing), you do not breed from the animals which have Dwarfism, however a proportion of pigs in the litter will be carriers. This will only matter if they are mated to another carrier, but it demonstrates the complexity of the problems.

Unfortunately, it is still much more complicated as we cannot breed animals based on a single gene – the genes come as a two packaged deal: one in the sperm and one in the egg. So while you may be able to eliminate one undesirable pair but the very fact that the animals will be becoming increasingly homozygous (which may quickly improve some characteristics) is also likely to bring other undesirable combinations to the surface.