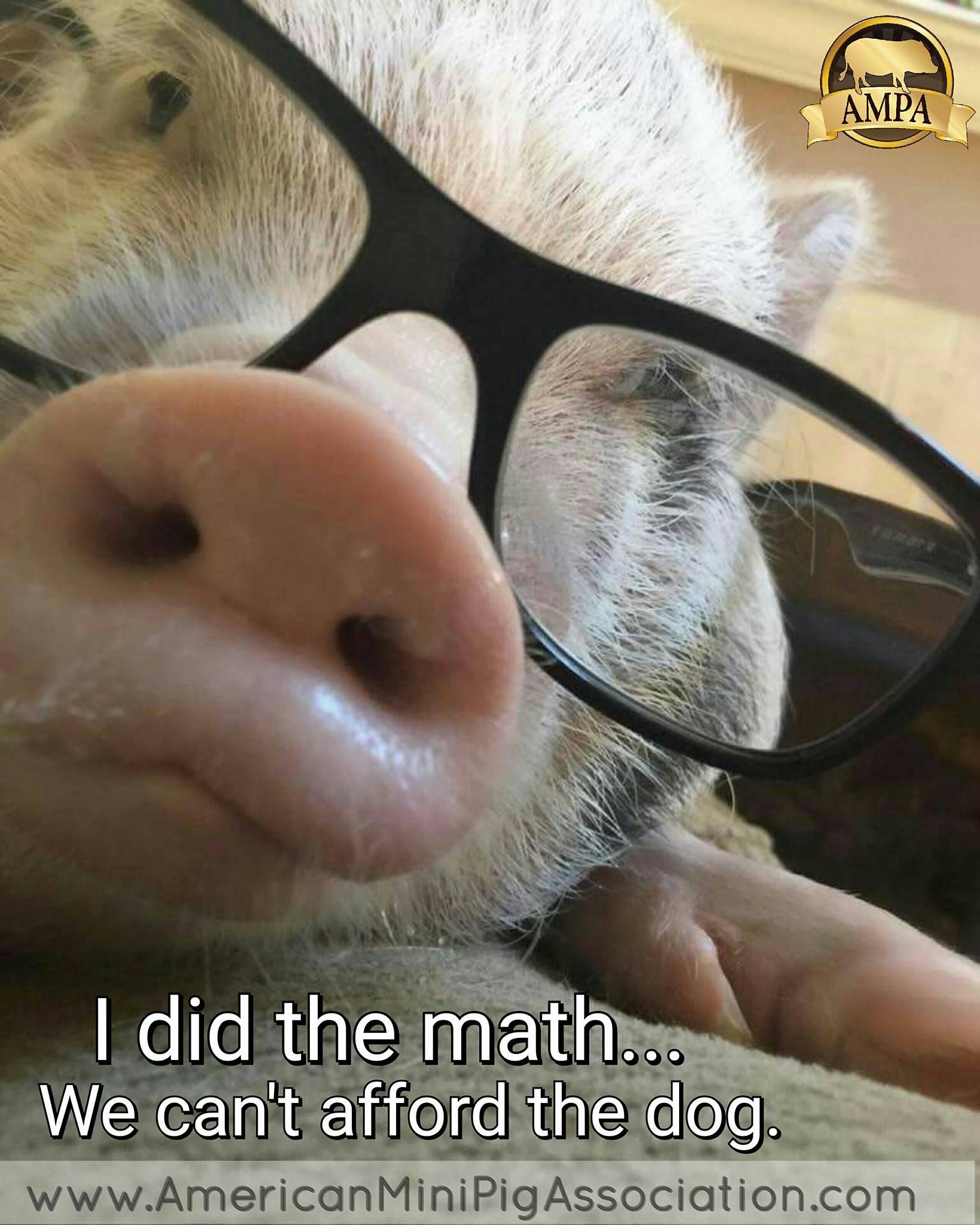 Never leave a dog and pig together unsupervised. The result may be a mauled or dead pig when you least expect it.

Pigs and dogs typically do not mix well in a household environment. There are some pigs and dogs that do not mind each other’s presence or even seem to enjoy each other’s companionship. However, they should NEVER be left alone unsupervised for any length of time, no matter how well they get along or how closely they are bonded. It doesn’t matter if the dog is well trained. Instincts will override training at the worst of times. If you aren’t there to intervene, the consequences can be fatal.

Dogs are predators and pigs are prey. This is at the very core of their DNA. Normal pig behaviors (running away, charging, biting, challenging) and sounds (squealing, screaming) from a pig can trigger the predator instinct in an otherwise docile and friendly dog. It’s not the dog’s fault,  they are only acting on instinct. It doesn’t make the dog cruel or heartless. It is simply their place in the world as a predator. Dogs and pigs speak completely different languages resulting in confusion, frustration, stress, and aggression.

Dog families are formed by packs with specific social order, respect, communication, body language. Pigs are herd animals with a different social hierarchy. Pigs are continually challenging and reassessing the order of that herd in order to keep the strongest on top, to protect and lead the herd. Usually, the pig starts the fight but the dog finishes it. Pigs have no defense against the jaws of the dog. It only takes seconds for the dog to rip the ears off the pig and maul them, often resulting in the pig’s death or thousands of dollars in medical bills and permanent disfiguration.

As pet parents, it is our job to protect our pigs and our dogs. To put their safety and welfare above our own desires of a multi species family. It’s not worth the risk.

The truth is, pigs are jerks. By nature they are driven to challenge herd mates in order to make sure the strongest herd member is leading them and keeping them safe. The pig can continually challenge the dog as a fellow herd mate. A pigs challenge is viewed as aggression by the dog and the dog can react aggressively. This is when fights can happen. The dog can quickly rip the ears off the pig and cause severe damage. Many pigs have lost their ears, their sight, their hearing, and their lives to dog attacks from the docile family dog that they were such good friends with.

On the other hand if the dog is submissive enough to walk away from the pig’s challenges, then the pig becomes confused. In pig herds they will head swipe or slam into another pig to instigate a challenge. The other pig will slam back. They will do this until a winner is declared and the loser retreats. This is the pig’s cue that all is well in the world and their herd is safe with the strongest leading them. When a dog walks away from a pig, it confuses the pig. He doesn’t know why the dog left. The battle has not be resolved. He doesn’t know who the leader is. He doesn’t know who is protecting the herd. He will continue to challenge the dog trying to elicit a “pig response” from the dog. This leads to stress for the dog and frustration for the pig as neither of them are getting the response they expect. The dog thinks if he retreats he is showing submission. The pig thinks the dog is avoiding the challenge so will try and try again, as he does not feel safe until a leader is established for the her. The continued challenges cause great stress for the dog, who thinks the pig is relentless and a bully. This is often viewed as “increasing aggression” when in reality it is simply miscommunication. The miscommunication starts off so simple but ends in heartbreaking tragedy.

When a pig and dog misunderstand each other, there is no winner. There is no pig big enough to hold their own against a dog’s jaws. Pigs have also been known to maim or kill small dogs and puppies during these conflicts.

Transitioning and Caring for Your Mini Pig

The perfect starter guide for new pig parents or pig parents to be. Written by mini pig breeders, advocates, and a well known mini pig veterinarian. This 80+ page guide book features articles and information concerning the health, welfare, behavior, and training of pet pigs. Contains handy reference information such as the Emergency Medical Care, Healthy Foods List, Toxic Foods List, Deworming, and Dippity Pig. Articles to help you along in your journey of becoming a pig parent include socialization, obedience training, potty training, and leash training. Start off on the right hoof with the official AMPA Mini Pig Owners Guide Book.A perfect gift for anyone considering a pet pig, wanting to learn more about pigs as pets, new pig parents, or experienced pig parents that appreciate having references in time of need.