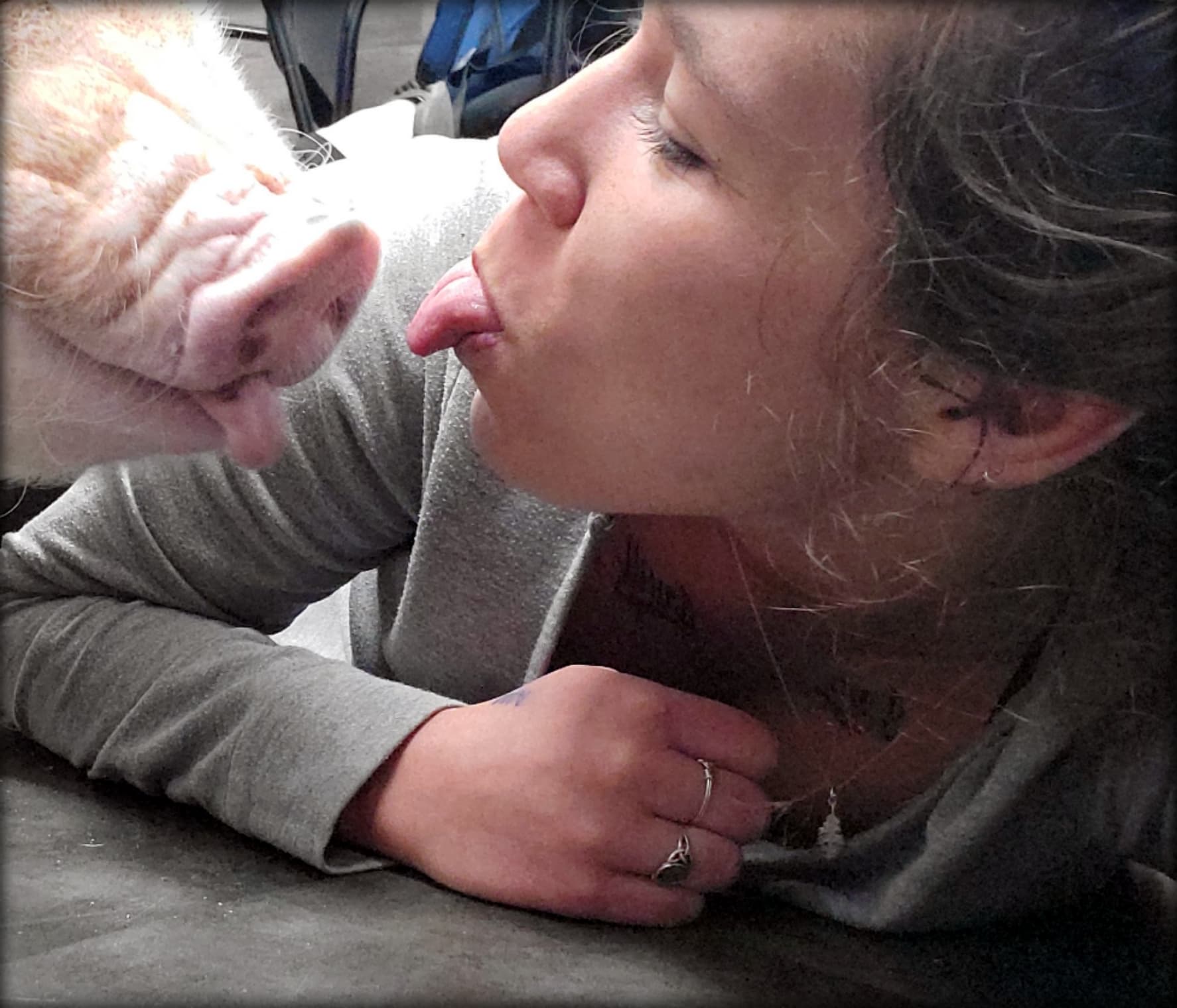 Spoiled Pig Syndrome refers to the behavioral problems of a pet pig that does not respect his humans. It’s all about respect, but you have to earn it! Spoiled pigs quickly become accustomed to getting what they want, when they want it. When they don’t get their way, they will act out. These tantrums and fits of anger can result in dangerous aggressive behavior. When a pig becomes spoiled, everyone is miserable, including the pig. Set boundaries, enforce them, and enjoy a relaxed relationship with your mini pig built on trust and respect.

Pigs become spoiled when they are overindulged or not given adequate leadership structure. In a household, when the pig does not respect the people as leaders, they will treat them as lower ranking herd members. Pigs live in a world of very strict hierarchy. The leader reinforces their role often throughout the day. In a group of pigs, the herd leader will not tolerate misbehavior from pigs of lower ranking. Leader pigs are quick to correct the lower ranking pigs, swift and stern. Lower ranking pigs quickly react to the orders of the herd leader, or face the consequences. To live happily with a pet pig, you need to be the herd leader. Do not allow yourself to become the “lower ranking pig”.

If the pig demands food by rooting at your leg while you are cooking, and you give him a bite, he has become higher ranking than you and expect you to follow his orders. If you fail to do as the pig wants, he will “correct” you with swift and sternness. When you feed your pig to quiet them when they are screaming, you are shifting the leadership role to your pig and telling them it’s ok to set demands for you to fulfill. If you feed your pig snacks often throughout the day, he will start to expect and demand food. When food isn’t available he will become frustrated and angry.