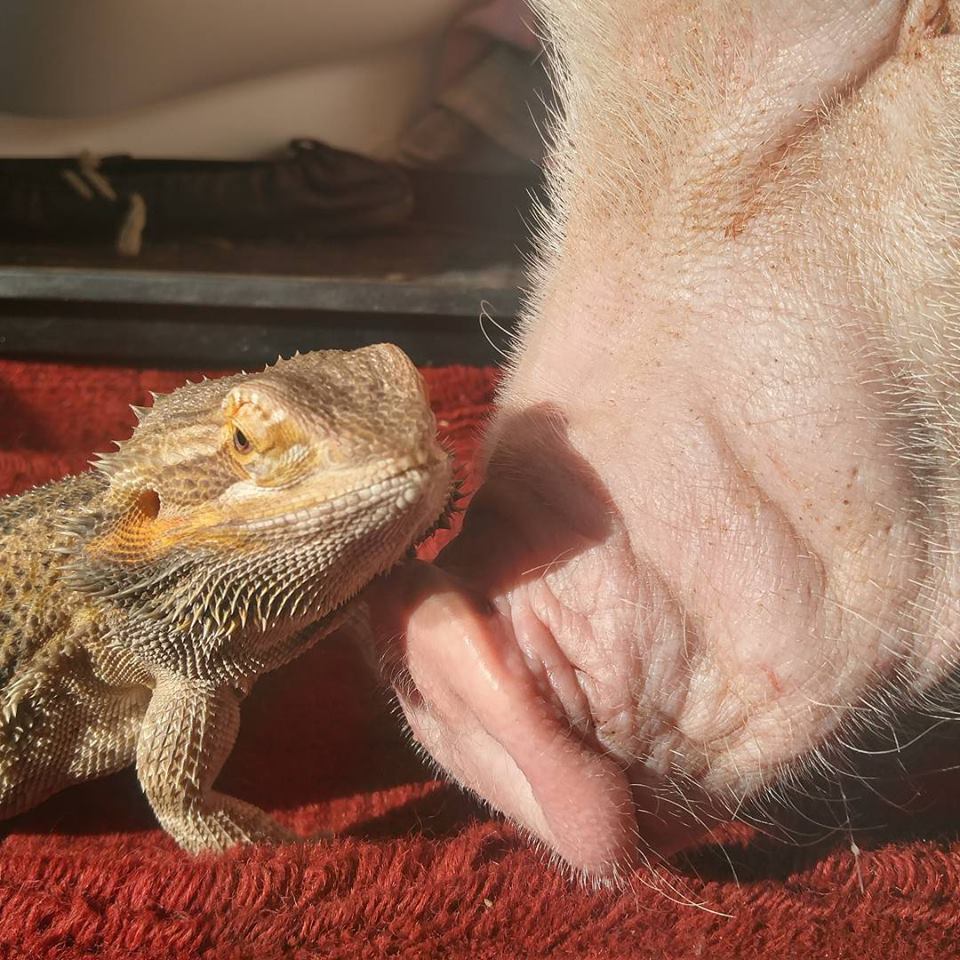 George the Pig is quite the special guy. If you follow him on Facebook, you already know he has the cutest snout, a roaring sense of humor, inspirational ideas, he is full of compassion, he loves selfies, loves Rasta his bearded dragon (sister), loves his dad, and really, really loves his mom!

George has recently inspired his mom, Breeka Li, to step up her game and get involved in zoning ordinances regarding pet pigs. While house hunting with George’s dad, Jakob, this unconventional family was faced with the difficulties of finding a home that is zoned for mini pigs. Breeka Li approached several cities about their zoning ordinances, delved into research, and continues to help other families gather the information and tools they need to ensure their own mini pigs are welcome in their towns.

The American Mini Pig Association was recently contacted by The Star Tribune in Minnesota to discuss zoning issues for mini pigs. We knew immediately we wanted AMPA Registered George the Pig to represent! He did a smashing job. He played his piano, showed off his tricks, posed for the camera, and gave Breeka Li the courage to go on camera advocating for mini pigs.

George is an amazing guy, no doubt about that. We are honored to name him an AMPA Mini Pig Hero. George has made an immense impact on his mom’s life. This in turn prompted her to give George the platform to make such an impact on many more lives!

On George’s Facebook page you will find comments such as:

“You’re a star George! Kisses from Portugal“. His reach is international!

“My almost 4 year old goes to your page everyday George!! He says one day hopefully he sees you.” Touching hearts and showing children the way to compassionate living. Great work, George!

“Aww George you are so cute and silly.” Yup, that’s exactly right! How many people didn’t know that about mini pigs before following George?

When George was feeling under the weather, 20 people stopped to comment and wish him well.

This little pig has made quite an impact on many. Here’s a touching letter from his mom and dad:

Thank you for being a part of our family. After months of being told by cities that you are aggressive, unwelcome, unintelligent, and a nuisance we have found a home for you; a home for us.

Friends of George, this is a story we will always remember. We had placed a bid on a house in a city that allowed potbelly pigs as pets. In 6 hours there were already 12 bids. When we placed our bid I (mom) snuck in a letter about George and how hard it is to find a home for a pig anywhere near the Twin Cities…

Well, we weren’t the highest bid. So we moved on broken hearted. Friday we got an email stating the highest bidders financing fell through so the house is again available for bids from the original 12 bidders, now 11. The listing agent specifically texted our realtor asking if George the pig had found a home yet. Naturally, we put in our offer again and…they chose us! 5 people bid the second time. There were multiple, not just one, multiple offers greater than ours. THE SELLERS PASSED UP THOUSANDS OF DOLLARS FOR A PIG. For George…so we could have a home where he was allowed. We cannot begin to express how humble and how grateful we are to these people. They have given us the greatest gift; a home where we are accepted.

And George… you make our home worthwhile. George, you ARE our home. Thank you sweet, chunky boy for proving all others that you are not unwelcome and wrong. We love you to the furthest star and to the deepest ocean. 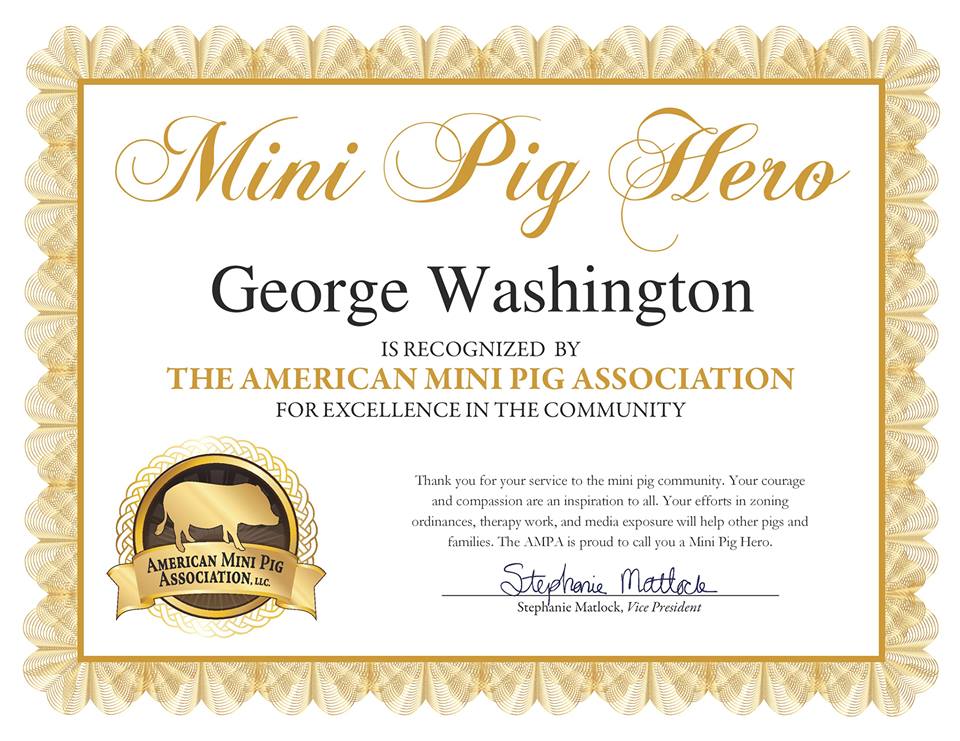 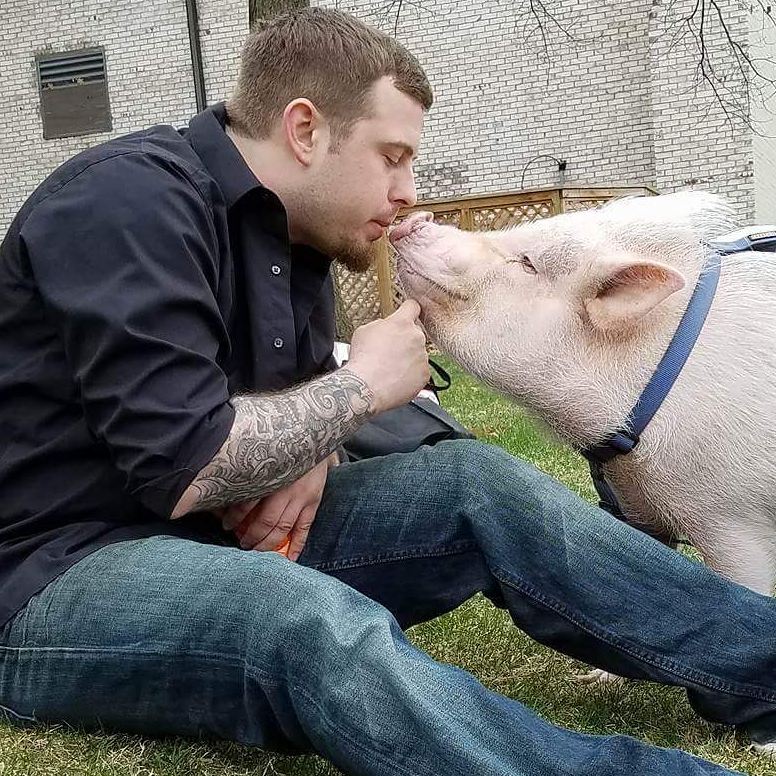 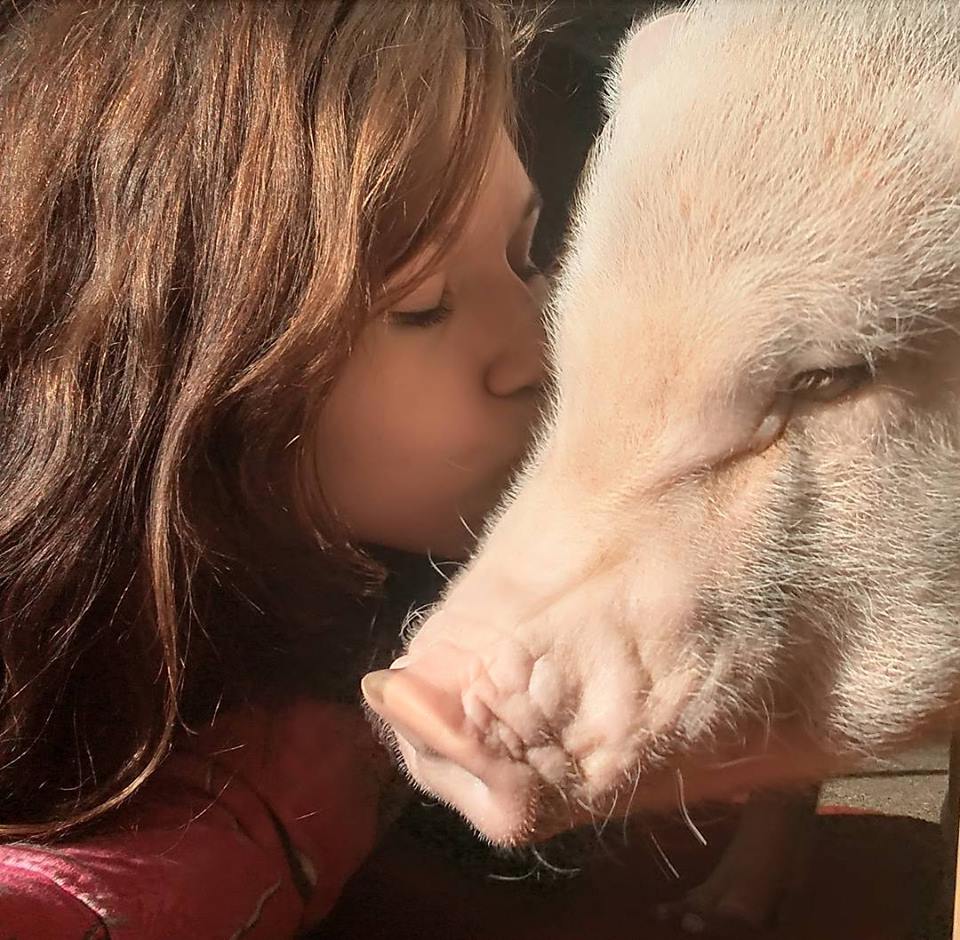 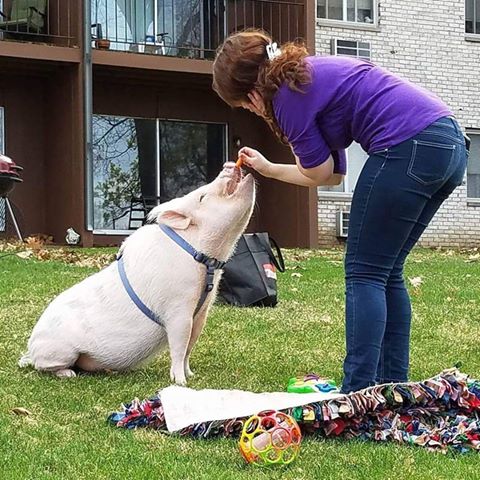 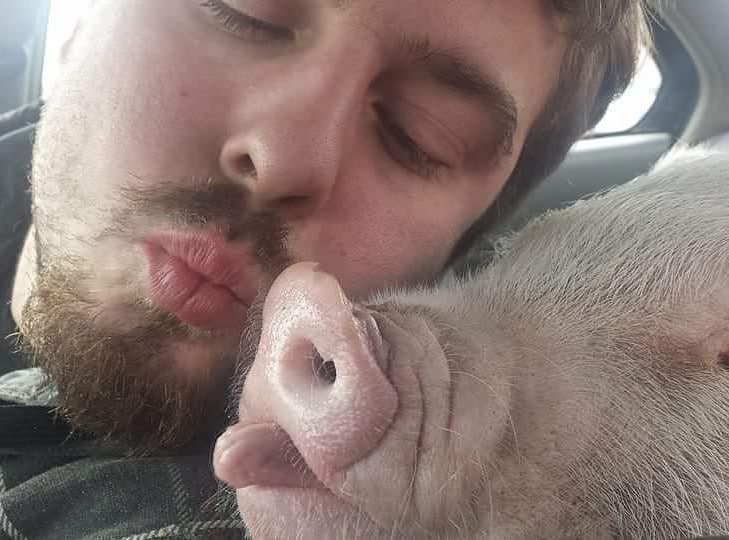 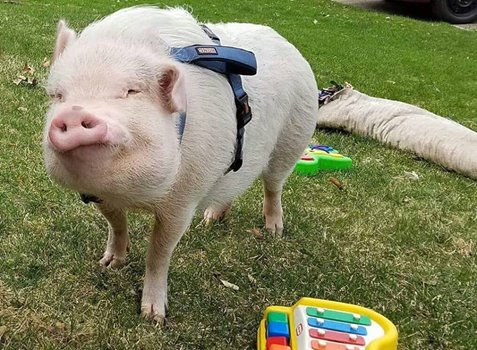 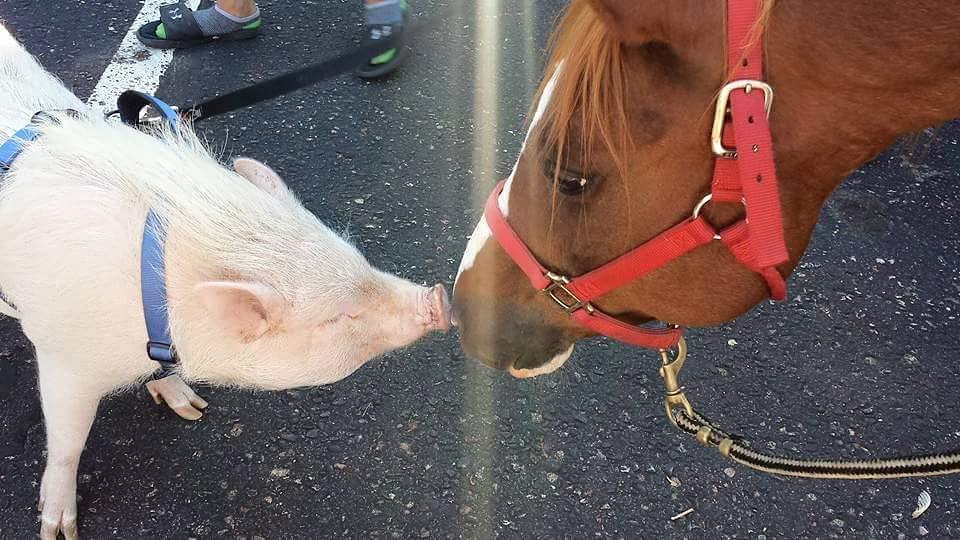 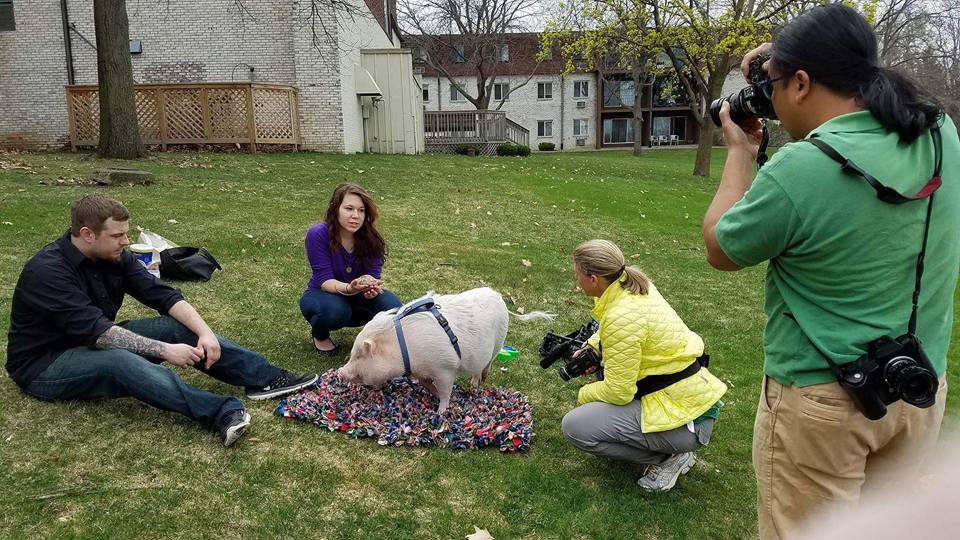